There is good news for the Chicago land as well as others across the country. Home prices in the Chicago metropolitan area rose for the June Index. The index is at the June 2002 level for the Chicago Metro area in the most recent Case-Shiller report. The Chicago-area housing recovery continues to be strong, with housing price up 7.3% compared with June 2012. All signs point to continued market recovery. If you are considering buying or selling real estate in the Chicago Land area you should call the service minded folks at Coldwell Banker Evanston Understanding Your Expectations and Exceeding them. 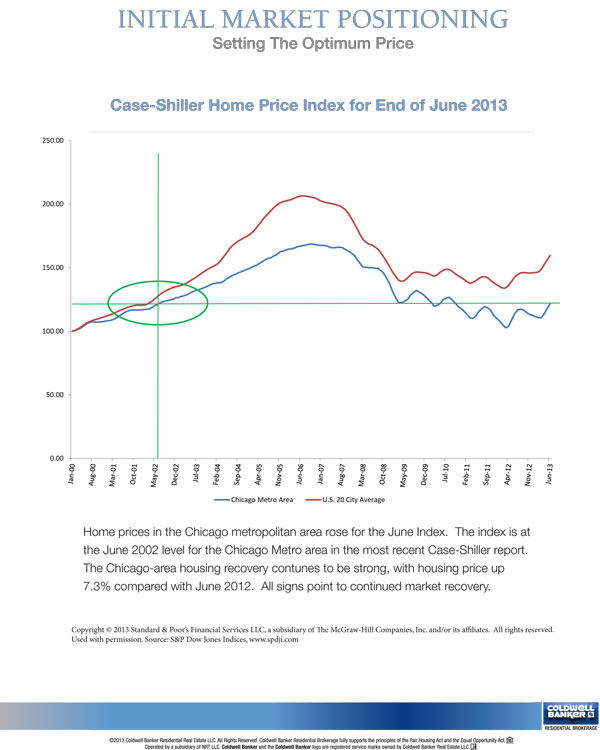 The national average shows rentals are up about 3.9% this year. In our area of Evanston IL which is a College town rentals in areas close to public transportation, eating establishments, stores and general areas of interest are harder to come by. Incomes are not keeping pace with rent increases and that makes it even tighter for people who haven’t purchased property.

New York City, Miami, Los Angeles, San Francisco and Boston are the five most expensive rental cities and others are rising at sometimes an even higher rate the 3.9% mentioned. In the last year Houston, Miami, Boston, Tampa-St. Petersburg, Fla., and San Diego experienced the highest rent increases. As an example in the last year Boston has gone up 5.5%. 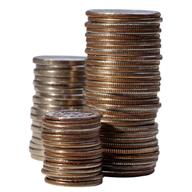 Forbes magazine reported this year that buying is much more affordable than renting in all of the 100 largest metro areas in the nation. According to mortgage lender Freddie Mac, buying is an average of 41% cheaper than renting nationwide.

This is a good reason to save up and make the plunge into home ownership. As we have all been told, the American dream is to be a home owner. Because of the rising rental prices renters should compare the price they are spending per year and getting nothing out of it compared to what it would really cost to become a home owner.

Please contact your local Realtor and ask for a comparison chart so you can learn for yourself. You will get it back when you sell.

Raoul, along with the executive director of the Illinois Council Against Handgun Violence, Colleen Daley and attending physician in the Division of Child Protective Services, Marjorie Fujara spoke as part of a panel at the Levy Senior Center at an event organized by Sen. Daniel Biss, D-Evanston.

Biss said he’d received some criticism for his choice of speakers – all favor more restrictive gun control measures than those included in the final bill – but said his aim was to foster informative discussion, not heated debate.

Raoul came to the issue – which was accelerated by a federal appeals court ruling which mandated Illinois pass a concealed carry law by July 9 – as a Hyde Park resident who had experienced the affects of gun violence in his own neighborhood.

The lakefront senator, who negotiated on the issue on behalf of gun control advocates, tried to pass his own concealed carry bill but ultimately decided not to put it up for a vote after learning of waning support among fellow legislators.  He described the entire political negotiation as “very, very difficult.”

Though Raoul was not able to achieve all he wanted to accomplish in the bill, he said the final piece of legislation was an “imperfect product in the view of folks on both sides [of this issue].”

Under the final bill, Raoul said license holders are not allowed to carry a concealed weapon in schools, parks, festivals that require a license from a city and on private property. Churches and other places of worship, however, are not included.

When asked by an audience member, Raoul said he’d support legislation to include places of worship, but doubted it would pass. Daley, however, encouraged audience members concerned about the issue to contact their local churches and legislators, convinced that passage of such an amendment was possible.

One area of disappointment for Raoul was the way the bill handled alcohol and guns.

“I don’t think guns and alcohol mix,” he said. Under the final bill, guns are not allowed in taverns or bars, but they are not prohibited in restaurants that serve mostly food – even if alcohol is on the menu.

Daley said her organization did not support the final bill.

“We don’t feel as thought it will keep everyone as safe as we wanted,” she said.

But included in the bill are two restrictive measures Daley supported: universal background checks for all gun purchases and a requirement to report a lost or stolen firearm within 72 hours.

These measures, she said, “will keep people safe.”

Fujara, another gun control advocate, complained of a dearth of research on unintentional shooting deaths in situations where an individual held a concealed carry license. She said current legislation barring this type of research was fueled by the National Rifle Association’s efforts to “normalize” openly carrying guns in public.

Audience members were also invited to pose their questions to the panel.

One person expressed concern about liability, for example, what if someone is shot inside a business that allows concealed carry?

Biss said an amendment to require those with a concealed carry permit to also have liability insurance failed to pass. According to Raoul, under the current bill, common law would preside in such an instance.

What if you have a conceal carry license from another state, does it apply in Illinois?

Biss said a permit from another state would not apply in Illinois, but Raoul added that those license holders just passing through the state are offered protection from persecution.

But can someone obtain a license for concealed carry of an assault weapon?

Both Raoul and Daley said there is a certain degree of ambiguity when it comes to the definition of an assault weapon. Daley said the bill dictates that the weapon must be carried on someone’s person and must also be concealed, meaning it would be unlikely someone would be able to carry an automatic rifle with 100 rounds and still follow the law. Additionally, assault weapons are already banned in Cook County.

Though the bill has passed to the dismay of some advocates on both sides of the issue, future changes to the law are still possible.